To rate the movie, you must login or register (for free).
The film was rated by 16 visitors with the rating 1,41 (For the rating of the movies we used the Bayesian algorithm, which is also used by the Internet Movie Database). 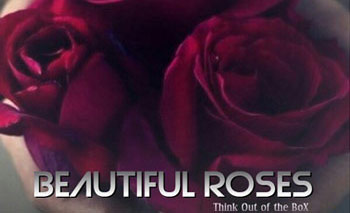 Beggars are the lightest persons in the world, no body value them because they raise their hand for money instead work. There is a lot of scope for degrading them self as well as the Country's Reputation in front of foreigners,It clearly establishes the poverty level of every nation. This Film clearly show's you, how hero Inspires a Beggar to lead his life. In a word very Inspiring film.

I'm interested in all types of films. I believe that by blending different forms of art such as Audio,Visuals,Story telling etc. You can create a more powerful piece than by using one art form alone. I've found that each person takes some thing different out them. My current Project is "Beautiful Roses" the Story is about how an Employee inspire's a Beggar to lead his life. Respect comes from doing GOOD DEEDS, It belongs to Moral genre very Inspiring Film. Film getting huge appreciation and also WON THE AWARD INTERNATIONALLY, SECOND BEST FILM in ANKARA (Turkey) HAK-Is International Short film festival 2016.
Time period is 3.48 Mins. I feel Honoured by the acceptances and am very excited that the Film reach many audiences and share a story they may not have known before. I feel passionate for film and the world I live in. My hope is to carry inspiration to others.

Vamshi Krishna Krish is a Short film Writer,Director from India. Present he is engaged with College Education. He is passionate for films from his teenage, working on short films from 2k14 but failed many times, finally..got succeed.
also on Twitter @Kvamshikrishna2