To rate the movie, you must login or register (for free).
The film was rated by 232 visitors with the rating 3,69 (For the rating of the movies we used the Bayesian algorithm, which is also used by the Internet Movie Database). 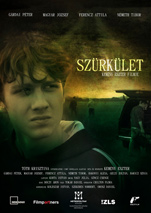 Son and father are trying to get along and make money far away from their home, but on the way home everything goes bad.

Eszter Kemény is an independent filmmaker. She produced and directed 4 short fiction and a short documentary. She received many awards and her films were screened in many countries like the USA, Portugal, Slovakia, Transylvania and in Turkey.
Eszter Kemény is working now as a script supervisor in feature movies and working on a new short film’s script.