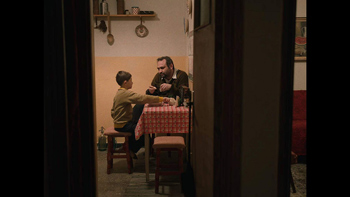 Bogdan Mureșanu
He produced and directed his first short film in 2012, based on his own script, “Half Shaved”. It won the Audience Award at “Anonimul” IFF Sf. Gheorghe (Romania) and was shown in festivals in Montreal, Cinequest, Cleveland, Reykjavik, York, Oaxaca, Maremetraggio, Lille, Reggio.
“Half Shaved” (2012, drama, 12’)
In 2016, Bogdan finished his next short called “Spid”. Same year, a short art film “Negruzzi 14” was show-cased at the National Museum of Contemporary Art in 2016.
In 2017, the short animation called The Magician was undergoing pre-production while the short fiction The Christmas Gift was shot in March.