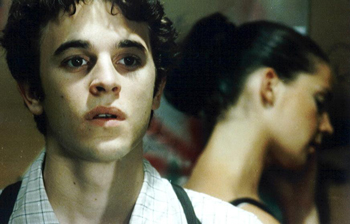 Nemescu was born in Bucharest. He graduated from the Academy for Theater and Film in 2003. During his final year in the academy he made a short film, Story From The Third Block Entrance, that received awards at the NYU International Student Film Festival and the Premiers Plans in Angers, France. The European Academy Awards nominated it as "best short film" that year.
Nemescu's Marilena from P7, which he wrote and directed, entered in the 2006 Cannes competition.
Nemescu's last film was California Dreamin' (Endless), starring Armand Assante. He finished filming in July and was in post-production at the time of his death. The movie was awarded the Un Certain Regard prize at the 2007 Cannes Film Festival.
Nemescu was killed in a car crash in Bucharest that also killed Romanian-born sound engineer Andrei Toncu.