There's nothing in this world 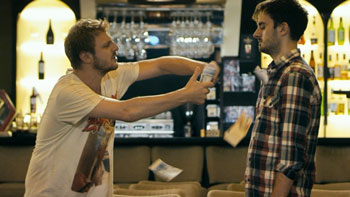 There's nothing in this world Detailed information

In 2015, Andreea Valean released her first short film, There is Nothing in this World - selected in Transilvania IFF, Thessaloniki IFF and was awarded the Jury’s Prize at Anonimul IFF. With a background in scriptwriting, the feature "If I Want to Whistle, I Whistle" which was based on her theater play, won the
Silver Bear at the Berlin Film festival in 2010.
"The Way I Spent the End of The World," a film that she wrote and produced, was selected for Un Certain Regard , Cannes Film Festival 2006. Two years earlier, the short film Traffic, her screenplay, was awarded with the Palm d'Or.