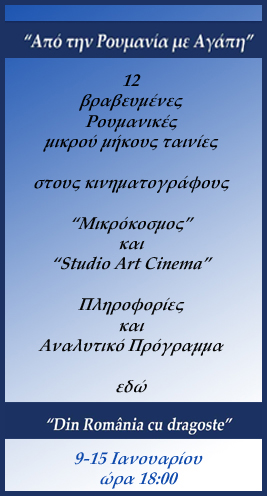 To rate the movie, you must login or register (for free).
The film was rated by 29 visitors with the rating 2,39 (For the rating of the movies we used the Bayesian algorithm, which is also used by the Internet Movie Database). 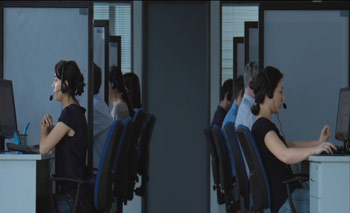 Eleftheria is a psychology student, who works in a debt collection agency. Due to her ethical boundaries, she faces the possibility of getting fired.

In the midst of the economic crisis, debt collection companies are thriving in Greece. The reason is mainly the so called red loans, which Greek banks are unable to manage. These companies contact the debtors and through psychological blackmailing procedures push the debtors to find ways to pay their debts. The only problem being that a very big percent of the debtors are unable to follow their instalment plans, due to the impact of the crisis in the Greek economy. In this film we explore the resemblance of the debt collection agencies methods to the results of the Milgram experiment, as well as the compartmentalised self states of the people that are working for them.

Alexis is a filmmaker from Athens, Greece. After finishing his bachelor's degree in Music Technology at Kingston University in 2012, he started working as a sound recordist in the Film and TV industry, in Athens, London and Edinburgh. While working, he has been directing his own short films. In 2016 he received his master of arts degree, with distinction, in film directing from Screen Academy Scotland and Edinburgh Napier University.

Just a perfect movie with a grate senario. Alex is one of the best Directors with grate ideas.