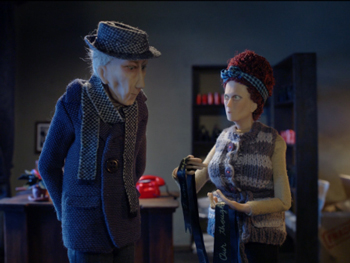 Serghei Chiviriga is a filmmaker, animator and actor based in Bucharest. While studying acting, he started to explore the world of animation, first as a 3D animator and then in developing his own stop motion short. This short, three years later, became “The Best Customer.” After finishing production on the film, he worked with a local electro-fusion band on their new music video: a combination of live-action and 2D animation. These projects mark his debut as a filmmaker.