To rate the movie, you must login or register (for free).
The film was rated by 1 visitor with the rating 0,16 (For the rating of the movies we used the Bayesian algorithm, which is also used by the Internet Movie Database). 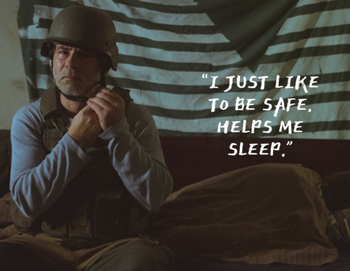 George ve GÄNÆAARD is a film director, writer and producer, born in 1984. He first got his degree in Sociology, in Bucharest, and studied Film and Television in United Kingdom, at Aberystwyth University.
George has worked as part of the crew on films like DOMESTIC (2011), THE DITCH (2012), ART (2013), ILLEGITIMATE (2015), FIXEUR (2016), A DECENT MAN (2018) and THE GENDARME (2019).
Recently, George had written and directed four short films: FIRST TIME (2015), FANTOMATIC (2017), BYRIANI (2017) and JULY LOVE (2018).
At the moment George is in post-production with his newest short film, FLUNKED, which has received financing from the Romanian Film Fund and is produced by Domestic Film.

HORIA CUCUTĂ is a DYI filmmaker based in Bucharest, Romania. He got his degree in Marketing and worked as a multimedia designer for different advertising companies.
In the past four years he has been a collaborator with mc² film, having different crew roles: editor, animator, digital imaging technician and on-set photographer.
Recently, Horia has written and directed two short films, PLANS (2016) and SABBATICAL (2018), part of the no-budget omnibus THE CIGARETTE BUS (2019), produced by mc² film.