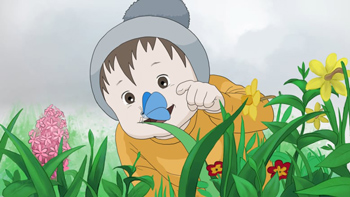 Award winning illustrator, graphic novel artist and 2D animator, Elena Ciolacu was born and raised in Romania where she followed her passion for art and visual storytelling from a young age. She studied Graphic Design at West University of Timisoara in Romania, graduated from Coventry University in the UK with a first class degree in Illustration and Animation and eventually moved back to Romania where she undertook a master’s degree in Animation at the prestigious National University of Theater and Film “I.L. Caragiale”. She made her directorial debut in animation with her first student film, “Remember Me”, a short 2D animation drama about the Romanian army that fought on the Eastern Front of WWII. The film screened at the official competition of five international animation festival, but it was the enthusiasm generated around this film within small communities in Romania that inspired her to pursue animation further. “The Little Hero”, her second student film, came as a tribute to the director that fueled her love for animation, Hayao Miyazaki, and as an intense labor of learning to master all aspects of the craft. Apart from animation, Elena Ciolacu is also passionate about illustration, painting and creating graphic novels. Her first graphic novel has been awarded two international prizes in London and her second is published in both Romanian and English in Bucharest, Romania.